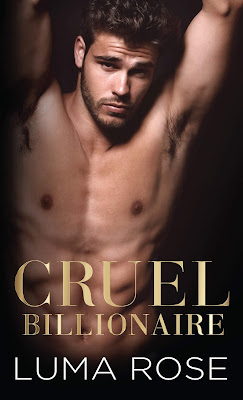 Unbeknownst to her, Isla Flores returned to town with more than just her suitcases in hand. She dragged a shitload of baggage from the past into my present.

Her reappearance spurs my father’s twisted mind into overdrive. He devises a plan for me to marry the woman I love to hate. I want to tell him to go to hell, but he knows my secrets. Our secrets.

We never speak of what happened on our prom night, but Isla Flores’ arrival threatens to bring that night to the surface and reopen the cold case file.

Doing my father’s bidding will not only make me more like him, it will destroy Isla in the process.

Sometimes you have to be cruel to be kind.

Check Out This Excerpt
Garrin
I sip my whiskey neat as my date, Melody, or at least that’s her name on the high-end escort site, continues to prattle on about the different types of squash. Apparently, Melody aspires to be a chef someday. As if I give a fuck about squash or what she wants for her life. All I care about is that she looks good on my arm, keeps her mouth shut when I converse with someone important, and she spreads her legs at the end of the night if I want her to.
It’s not that I don’t want to be here. I’m happy to support Ford’s candidacy and donate money to the cause, but it’s likely that his father, Senator Masterson, will be here, along with my own father. And I do what I can to avoid those pricks.
Polite murmurs become louder and the attendees begin to glance at the doorway. The man of the hour hasn’t shown up yet and the crowd is growing impatient. He’s just making his job that much harder by being late.
He can’t be lost, what with the event being held at the Cherry Hill Country Club. Most of the potential donors here are members anyway, as is anyone with any real money who lives outside of the city. Even the Classholes and I are members, though none of us ever come.
Asher and Ryker walk in the room and I nod at them. They stop and shake hands, saying a few polite hellos to people as they make their way over to me.
“Any sign of Ford yet?” Ryker asks.
I shake my head.
“What about Dick the Prick and Charles Manson? They show their faces yet?” Asher uses the nicknames for mine and Ford’s dad in mixed company which adds to my theory that the way his left side of his mouth is tipped up in a perpetual grin says that the filled champagne glass he swiped off a server’s tray on the way over isn’t his first drink of the night.
Neither of them addresses my date, my best friends know that she’s rented and won’t be making another appearance in my life.
“Haven’t seen him.” I lift the glass to my lips again. “Where’s Lincoln?”
Ryker shrugs. “Called him but he didn’t answer.”
“I’m gonna hit the head. Be back in a minute,” Asher says and heads toward the bathrooms.
Ryker and I share a quick glance, having a pretty good guess that he’s really going to shove some white powder up his nose.
The voices grow louder, spurring everyone to turn their attention to the entry of the room. I have to assume behind the throngs of people, Ford is there with his staged smile and you’re all my best friend handshakes.
“Ford’s here,” Ryker says. We both watch for a moment, he has a better view. The crowd slowly parts, people milling back to small groups after they’ve welcomed the host. “Oh shit.”
My forehead creases. “What?” I shift to the side, pulling away from my date who’s clutching my arm like I’m the last Christmas cup at Starbucks.
As the crowd thins, Ford emerges and just as I assumed, he’s all smiles and shaking hands as he glides into the room.
Then my eyes slide to the woman on his arm.
And I see her.
Isla Flores.
The reason Ryker’s voice shook with worry a moment ago.
It’s been almost a decade since I last saw her. I’ve imagined what she might look now, but my internal musings didn’t do her justice. As quickly as my appreciation of her appearance hits me, red hot anger jabs me like an iron poker in the stomach.
“No, man,” Ryker reaches out for me, but I shrug him off.
I stalk across the room to where her and Ford stand side-by-side.
I shake his hand and smile like I’m happy as fuck for him, but when I lean in, my voice is anything but joyous. “What the fuck is she doing here?”
I draw back and the surprise and hurt that flashes in Isla’s brown eyes says she heard me. Good. I don’t really give a shit. She flinches but quickly regains her composure, raising her chin in the air.
“Garrin, you remember Isla Flores, I assume?” Ford gestures to her serenely, unfazed by my reaction.
“I know who the hell she is, what I want to know is why she’s here.”
He reaches out and squeezes my shoulder, his eyes already on someone behind me. “Isla’s agreed to come on as my press secretary for the campaign. Isn’t that wonderful?” He sticks his elbow out to his side and Isla takes his arm without hesitation.
I scowl at him with the heat of a thousand suns, but he doesn’t even flinch, moving away from me to a cluster of guests.
Bastard.
“You couldn’t find someone with a better reputation to work on your campaign?”
He stops and they both turn like Ken and Barbie dolls on a circular pedestals. “That’s no way to speak to a lady. Now excuse us, we have a room to work.”
They make their way over to the group of people and begin conversing as if our confrontation never happened.
What game is he playing? Would he really bring Isla Flores back into our lives just because I took his date home last weekend?
Asher comes over, another drink in his hand, smelling like a fucking distillery.
“Isn’t that the broad I fucked in that sex tape?” he asks and chuckles.
I toss back the remainder of my drink, and stalk over to the bar. There’s not enough whiskey in this place to get me through tonight. 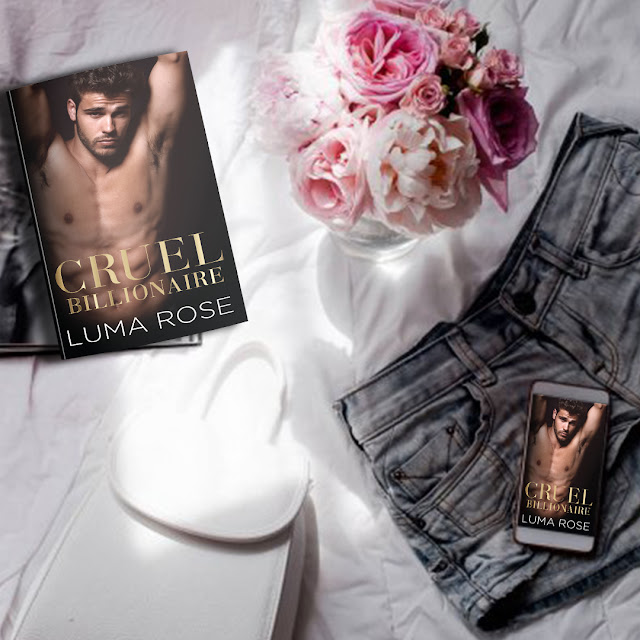