My review of Dark Promises by Winter Renshaw

Rowan Aldridge is a good girl who was just dumped by Hunter Harrington, her boyfriend of two years. Now she is hell bent on making him pay or at least temporarily by hooking up with an eligible bachelor and hoping it makes it's way to the press so he will notice.

Keir Montgomery is the youngest son of the President of the United States. He is plananing on running for Senate but first he needs to clean up his image and make it appear that he has found one woman to settle down with and Rowan Aldridge is just the woman his PR manager, Connor deems perfect for the role.

As both Rowan and Keir play a dangerous game with their feelings and goals out of this "relationship" what will happen with the truth comes out?

I really enjoyed this book and loved the games that Keir and Rowan played with each other while trying to figure out how they truly felt about each other. Both of them had their own agendas but had a hard time denying the chemistry between them. Neither of them wanted a relationship with the other but soon they realized how much they truly understood each other and just clicked.

You knew certain things were going to come out but it was just waiting to see how everything was going to play out and what was going to happen. I loved watching everything explode and kind of anticipated Keir's next move and totally loved it!!

Such a great book and I look forward to more from this author! 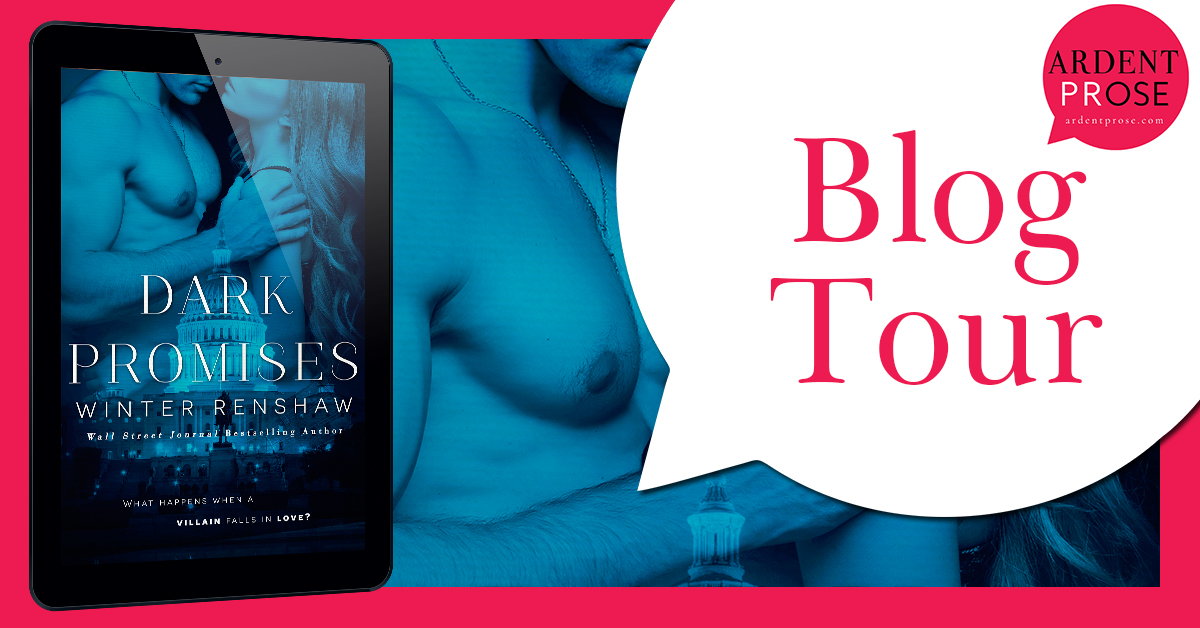 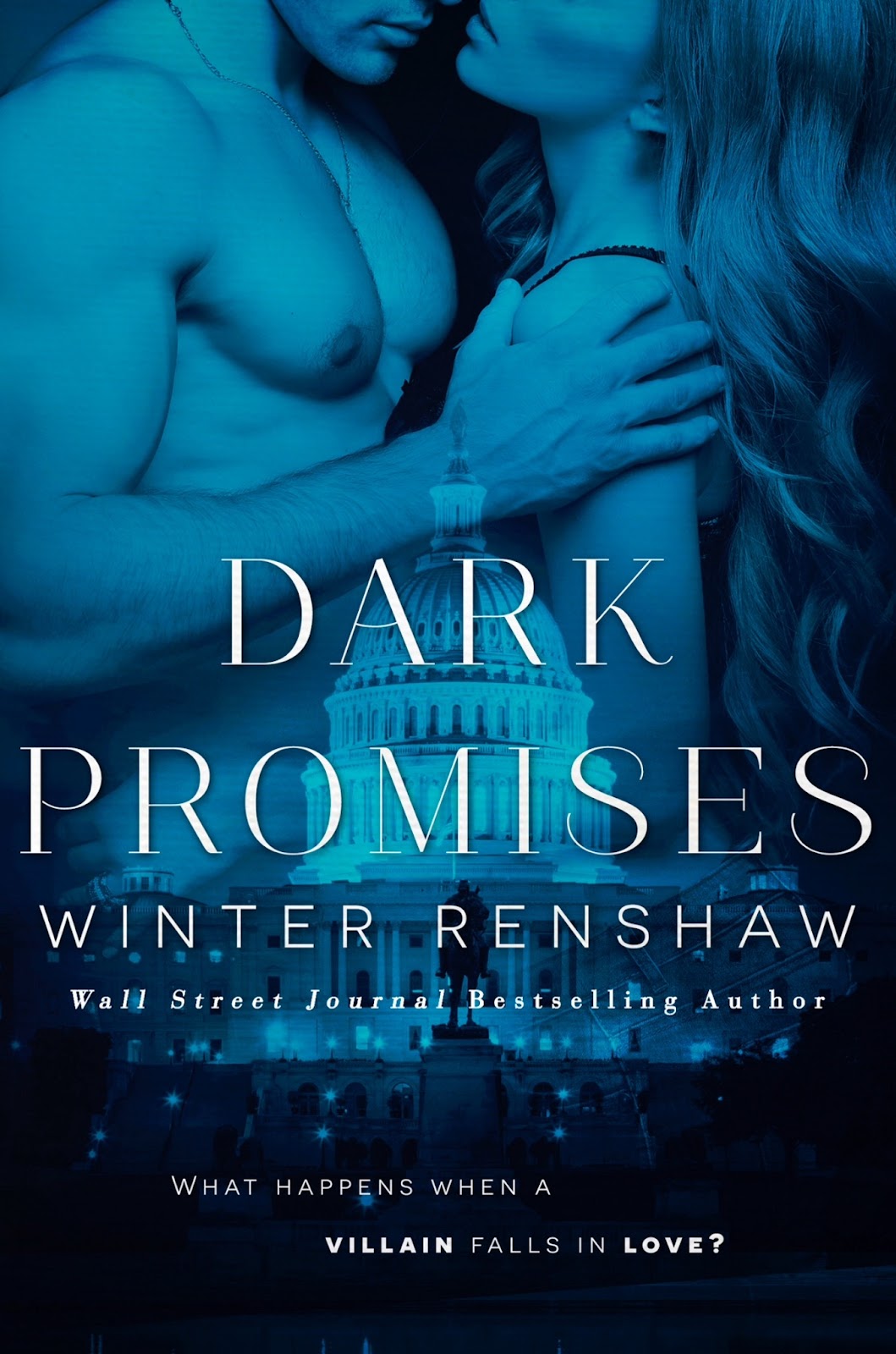 I have a secret …I don’t care if you like me or not. Insatiable lust for power and control runs thick in my veins. My father served as president of the United States of America—and his father before him. Montgomeries are born to lead and rule, to fear nothing and cower to no one, to make allegiances not friends. But I digress.With a senate campaign about to launch and presidential aspirations at fever pitch intensity, imagine my dismay when my strategist tells me I need to “settle down” with a “nice girl” in order to appeal to my constituents. Enter Rowan Aldridge, a head-turning stunner with a charm school walk, Jackie O. refinement, and a well-connected family. She’s perfect.So I’ll do what I have to do, make her believe what I need her to believe, and as soon as the campaign’s over and I’ve secured my senatorial seat, I’ll release my pretty little butterfly back into the wild. But this isn’t about all of that. This is what happens a villain falls in love.

Run into an old friend?” I ask when she returns, handing her flute back.“There was a girl crying in the restroom,” she says. “I had to console her.”Mary Kate.“Let’s make rounds, shall we?” I ask, downing the rest of my champagne before leaning into her ear. “I’d like to get out of here while the night’s still young. You slinking around here in that dress and knowing I can’t touch you the way I want to is driving me fucking insane.”Her chin tucks and her mouth slips into a smirk.Rowan slips her hand into the bend of my elbow, and I lead her into the crowd. The ballroom is filling by the minute, guests still arriving, and the jazz band in the corner is playing some Frank Sinatra tune.Everywhere we go, people stare, and I don’t blame them.We look incredible together, but it isn’t just our outward appearance. It’s everything. We just mesh. We fit. She gets me. I get her.“I want to introduce you to someone,” I tell her, squeezing her hand as we approach a bald man in a dark gray suit. “Senator Harvey.”The senator turns, his eyes landing on Rowan first then lifting to me, and when he recognizes me, he extends his hand, grinning wide.“Keir,” he says. “It’s been a long time. Look at you.”“Rowan, I’d like you to meet Senator Bill Harvey,” I say. “He was one of my most influential professors at Dartmouth. Now he’s influencing millions. Congratulations on passing that reform bill last year. I know what a labor of love that was for you.”He rolls back on his heels, nodding. “Almost lost hope for a second, but it pulled through at the last minute. How have you been? How are things going for you?”I glance at Rowan before answering. “Never better.”And I mean it.Rising on the balls of his feet, he makes eye contact with someone in the distance. “Looks like my wife is trying to flag me down, Keir. It was nice talking to you. And great meeting you, Rowan.”Moving on, I take her from senator to representative to ambassador to billionaire benefactor, all of this serving two purposes.Primarily, I want these people to feel comfortable supporting me once I announce my candidacy, and in order for them to feel comfortable, I want them to see that I’m getting settled, calming my wild ways. And second, I want Rowan to feel at ease in this world. I want her to feel like a part of it, a part of me. If she stays with me, she’ll need to schmooze and smile and socialize while I get my career off the ground.When we’ve spent a solid two hours making our rounds, I call the car around.I want to get her home and I want her all to myself.I’m done sharing her.And tomorrow, when she makes her decision, it better be me. And if it isn’t, I’m going to do everything in my power to change her mind.I can’t lose her. I can’t let her go. Not now, not ever.I realize tonight, with complete certainty, that I’m falling madly in love with this woman. 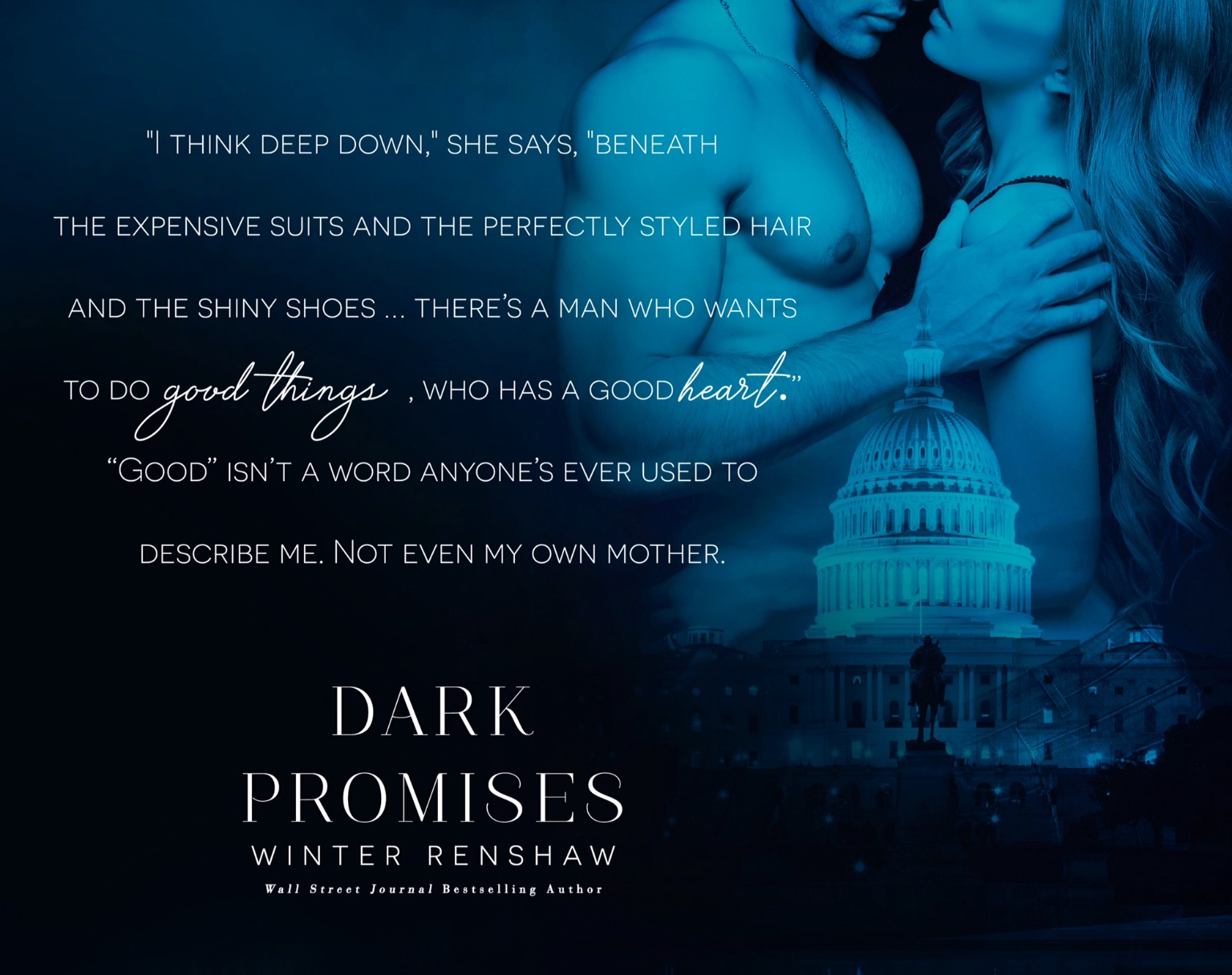 Wall Street Journal and #1 Amazon bestselling author Winter Renshaw is a bona fide daydream believer. She lives somewhere in the middle of the USA and can rarely be seen without her trusty Mead notebook and ultra portable laptop. When she’s not writing, she’s living the American dream with her husband, three kids, and the laziest puggle this side of the Mississippi. 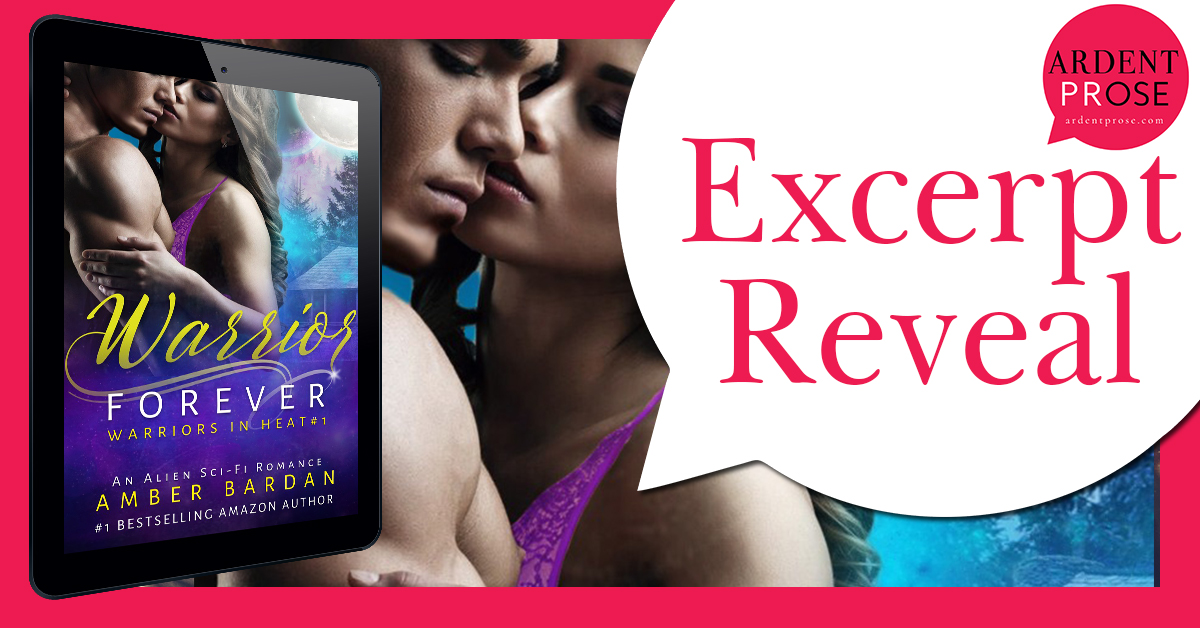 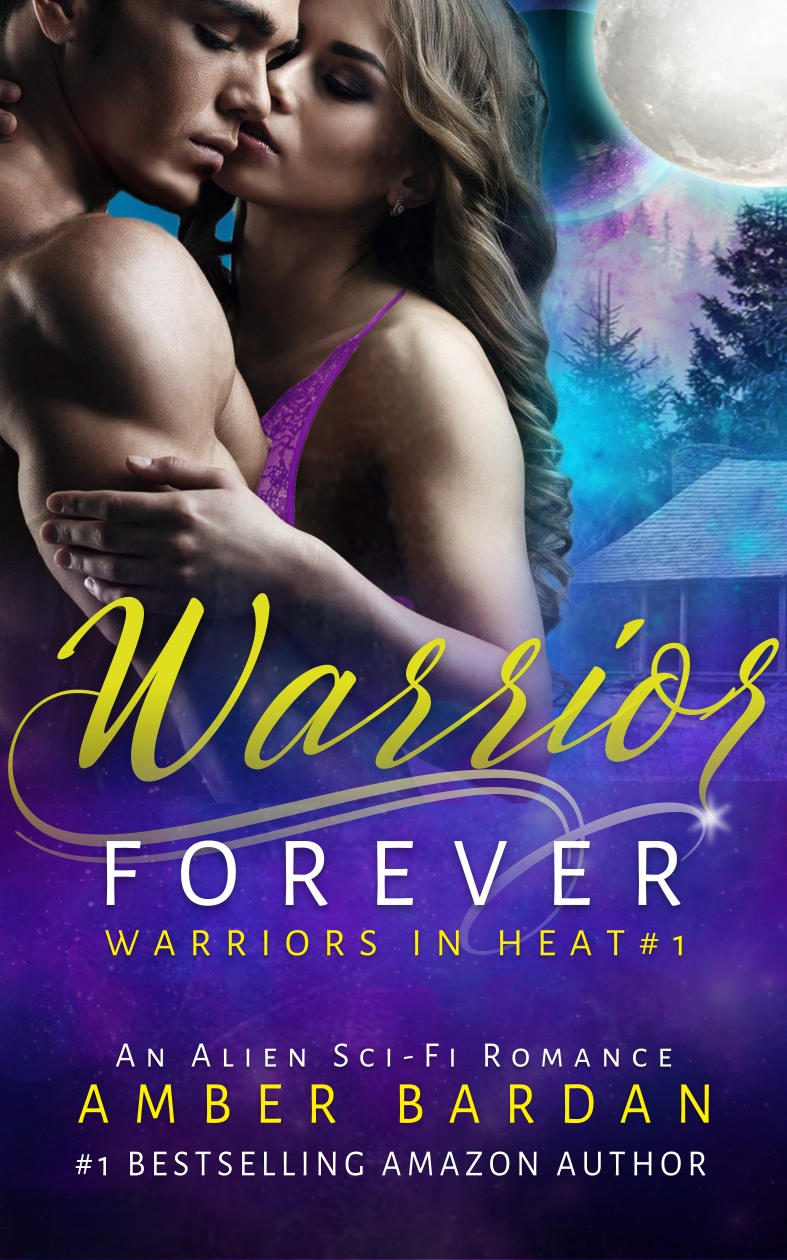 After spending years imagining fictional adventures, Amber finally found a way to turn daydreaming into a productive habit. She now spends her time in a coffee-fuelled adrenaline haze, writing romance with a thriller edge.She lives with her husband and children in semi-rural Australia, where if she peers outside at the right moment she might just see a kangaroo bounce by.Amber is an award winning writer, Amazon Bestselling Author, and member of Romance Writers of Australia, Melbourne Romance Writers Guild, and Writers Victoria.

Posted by Rebecca at 6:00 AM No comments:

My review of Exp1re by Erin Noelle

Lyra Jennings lost her parents when she was 11 years old. She has now become a photographer and has flown to Spain to shoot a music festival. But for Lyra she must avoid looking at anyone in the eye as she can see a person's death in their eyes.

When Lyra arrives in Spain she meets Tavian West while both are avoiding an incident of epic proportions. As Lyra gets to know Tavian she begins to fall for him but will she let herself knowing when his life is going to expire?

I loved this book and thought it was unique and interesting. I haven't read one like this in awhile and I really enjoyed it.

I really liked Lyra and felt bad for everything she went through as a child with losing her parents and then with her being able to tell when those around her would die. She never wanted to get close to anyone and kept to herself.

Tavian was from Philadelphia and was in Spain on an adventure. When he meets Lyra at the airport he knows that she is something special and vows to break down her walls. The two of them had lots of chemistry but Tavian had Annie although he knew he wanted Lyra.

I loved how Tavian pushed Lyra to try new things!

I really loved the twist at the end of the book and I am really looking forward to the next book!

Numbers. They haunt me. I can't look into a person's eyes without seeing the six-digit date of their death.I’m helpless to change it, no matter how hard I try. I’ve trained myself to look down. Away. Anywhere but at their eyes.My camera is my escape. My salvation. Through its lens, I see only beauty and life—not death and despair. Disconnected from all those around me, I’m content being alone, simply existing.Until I meet him.Tavian. The man beyond the numbers. How can I stay away, when everything about him draws me in?But how can I fall in love, knowing exactly when it will expire?

The image of him from yesterday, climbing out of the cockpit and taking his helmet off after handling that F1 race car like he’d been born with a steering wheel in his hand, pops into my head and my thighs impulsively clench together. Holy rings of Saturn. Even though he was a sweaty mess, it was the sexiest I’ve seen him, and considering I’ve been treated to the sight of his naked abs a few times already, that’s pretty much impossible. The way he exuded command and control over the powerful deathtrap-on-wheels then stalked toward me like the badass he is… yeah, I had to chant “Unavailable, unavailable, unavailable,” over and over in my head to keep me from flinging myself at him.“You do realize I’m the driver, right? And if my memory serves me correctly, I’ve done a pretty damn good job of keeping you safe and sound so far on this trip, especially considering how we started.” He glances over at me, a hint of a smile playing at his lips. “And to add to that, I think you’re having a much better time than you thought you would. Dare I say, despite your claim that you don’t ‘do people,’ you might even like getting to know one of your subjects. Namely, me.”I turn to watch the groves of olive trees lining the Italian countryside whiz by out the window, hiding my grin. He’s right. We’re six days and three countries into this journey, and he’s done nothing but take care of everything, including me. From insisting I sleep in the bed while he took the couch in Barcelona, to always letting me choose where we go sightseeing and the restaurants we eat at, to cheering me up the minute he notices my mood turning gloomy, Tavian West is everything I could ask for in my first real adult friend… and more.  I can’t deny it any longer. I’ve got a full-blown crush on the guy.One that will stay my little secret.


Erin Noelle is a Texas native, where she lives with her husband and twoyoung daughters. While earning her degree in History, she rediscovered her love for reading  that was first instilled by her grandmother when she was a young child. A lover of happily-ever-afters, both historical and current,Erin is an avid reader of all romance novels. Most nights you can find her cuddled up in bed with her husband, her Kindle in hand and a sporting event of some sorts on television.