Ever wondered about the personalities behind your favorite books? Victoria Danann's new podcast with Riley J. Ford has an incredible lineup of authors booked through the spring. No question is out of bounds. Check it out! 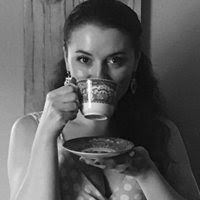 Willow Winters is so happy to be a USA Today, Wall Street Journal and #1 Contemporary Bestselling Romance Author. She likes her action hot and her bad boys hotter. She certainly doesn’t hold back on either one in her writing!

Or if you prefer by email, Sign up for her Naughty List to get all the newest bad boy releases, sales, great giveaways and a FREE Bad Boy Billionaire Romance → http://eepurl.com/b2izzf

Willow started writing after having her little girl, Evie, December 2015. All during her pregnancy with Evie she continued to read and she only wanted to read romance. She was reading a book a day — sometimes two.

In January 2016 Willow was staying up late with Evie and just thinking of all these stories. They came to her constantly so she finally sat down and just started writing. She always wanted to do it so she figured, why not? Today Willow cannot be happier for making that decision!

Listen on Itunes (Subscribe so you never miss an episode! It’s FREE!) 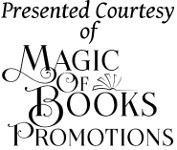 Posted by Rebecca at 9:00 AM No comments:

Captain T.K. Reaper only cares about his men; until he ends up falling for the one woman who can rescue his team. Reaper has lived his entire life without love. Living on the edge with no fear, Reaper and his team volunteered for Project Mayhem— a top-secret experiment that uses a serum to enhance physical abilities in order to fight terrorism. Reaper believed the experiment would help save lives, but the serum only ends up taking them. Forced to go on the run, Reaper escapes the lab with his men, only to realize that they need the serum to survive. He has only one choice; return to the lab, and steal the source of the serum. Caroline Cotter used to be a spoiled Senator’s daughter; now, she’s a victim. Kidnapped and held against her will to make the serum used for Project Mayhem, Caroline gives up hope of ever being free again… until Reaper enters, and frees her from her dark prison. Yet the jungle outside is full of terrors, and government officials are hot on their tail. Reaper plans to keep the relationship between him and Caroline platonic, but undeniable attraction and explosive desire, coupled with Caroline’s adoration that he saved her from certain death, make it hard to resist the love story blossoming between them. What will Reaper choose? His romance with Caroline, or the sacred vow he’s made to the brothers willing to die by his side? Thrills and action are on every turn of the page in the first book of the Operation Mayhem Series. Packed with adventure, heat, and a slight paranormal twist, Mayhem’s Warrior is a dark romantic suspense novel readers will delightfully devour.

One of Five ARCs of Mayhem's Warrior by Lindsay Cross

Lindsay Cross is the award-winning author of the Men of Mercy series. She is the fun loving mom of two beautiful daughters and one precocious Great Dane. Lindsay is happily married to the man of her dreams - a soldier and veteran. During one of her husband's deployments from home, writing became her escape and motivation. An avid reader since childhood, reading and writing is in her blood. After years of reading, she discovered her true passion - writing. Her alpha military men are damaged, drop-dead gorgeous and determined to win the heart of the woman of their dreams.

Posted by Rebecca at 8:00 AM No comments:

Release Blitz for The Terms: Part Two by Ruby Rowe

Camilla
I longed to believe my bond with Ellis was impenetrable, but in reality, I held secrets that could blow open the tightly woven seam of our newfound relationship. Would he understand how we were both victims in his brother’s betrayal, or would he take his anger out on the one person still alive–me? Could the words my sister spoke about Liam’s father be true? If so, how would Ellis and I recover from what was lost?

Christopher’s jealousy was intensifying as a future with me became even less attainable. No, I belonged to one man only, and I was going to prove to Ellis that we could overcome the past and share an amazing future. I had two important roles in life: being a mother and a submissive, and I would fight to keep them both.

Sasha
Once I left rehab, the thought of living alone during my recovery scared me, but being told I had to move in with Ellis’s attractive cousin instead of going back to my apartment was terrifying. My sister, Camilla, ran a tight ship, but she wasn’t nearly as intimidating as Greyson and the terms he laid out for me.

The reality that I was borrowing space amongst his superior existence didn’t need to be spoken. For that reason, I was blindsided when his gaze began to undress me and his touch became more than a brush of the shoulder. Greyson Burke saw something in me I was struggling to see in myself, and that meant he held the power … it also meant I had to run.

After using Ellis’s ginormous bathroom, I trade places with him and sit on the side of his bed. Becoming fidgety, I play with the hem of my short red chemise and examine the dark mahogany frame surrounding me.

Like his bathroom, it’s massive, and I feel it could swallow me whole as my mind dwells on the incident with Christopher at the park.

With the door open between Ellis and me, I hear the sink turn on, and my mind reaches the conclusion that if my confession is barely audible over the running water, the impact on him and the backlash on me will be less intense.

“I have something to tell you,” I blurt out.

“What’s that?” He starts brushing his teeth, so I feel as if the safety belt is buckled, protecting me from an oncoming collision.

“Christopher dropped by the park today to spend time with Liam … and me.”

The sound of a ping as his toothbrush connects with the marble vanity.

He appears at the doorway, so I take a glimpse at his blue eyes that are iced over with anger.

My gaze falls to his bare feet and roams upward. I see there’s no barrier between his large cock and the thin cotton of his grey sweats. His slender hips do me a solid and barely hang on to his pants for my viewing pleasure.

I follow the sexy V up to his chiseled abs and on past them until I reach his shirtless chest, which has a spattering of hair. Oh, how I love this irresistible man.

“Camilla, answer my question.” Reluctantly, I look at his eyes. Yep, still icy.

“He said he dropped by to hang out with us, so since Liam and I were having a picnic, I was polite and offered him a sandwich. He ate lunch before entertaining Liam on the playground. Then, he left.”

I bite the corner of my lip, hoping this is the end of the conversation. Leaning against the doorframe, he crosses his arms and furrows his brow.

“What did you two discuss while hanging out? And your honesty decides whether you receive a reward or a punishment.”

All his sexiness and the use of those two words cause my pelvic muscles to contract. My stomach flinches from the need and desire, and my breathing accelerates.

“Stop eye-fucking me. Even though it’s working at getting my cock hard, it’s not enough to take my mind off you and Christopher alone at the park.”

I wanted to hate her. For three years, Camilla withheld the fact that my brother had a son, Liam.

Then, Tony died without ever knowing his kid, and I was going to make sure Ms. Rose paid a price for her deceit. I also wanted Liam to be raised as a Burke. Our family’s legacy was one to carry on, so the terms were straightforward.

Live in my home.

Allow me to help raise Liam.

Oh, and agree to be my submissive.

In return, I agreed not to rip Camilla’s child away from her. I also offered them both financial security and a life of luxury. It seemed generous to me. It might’ve been simple, too, had she not reminded me of the lady in red. The one who haunted my dreams at night. Camilla’s hazel eyes were a mirror image, her sweetness more than an acquaintance to my subconscious.

I was a hacker by trade, and the internet was my best friend, sharing with me every secret I wished to unearth. I believed that until an unfathomable truth revealed itself in a different way.

Some secrets are never whispered, only sensed by the heart, and all along, my soul held the truth. It hid even from me the most important secret of them all.

I tried to keep my distance. I knew how much trouble Summer could cause me once she was, in her words, “legal.” She wouldn’t accept that being my best friend’s sister meant she was governed by another set of laws.

She was the forbidden fruit.

The “don’t look and sure as hell don’t touch” female in my life.

But Summer pushed until I was backed into a corner. My hands and mouth had nowhere to go but on her. That was my story, and I was stickin’ to it.

I’d known Colton Graham all my life, and he was always a pest … until he wasn’t. That handsome face and masculine body he grew into became hard to look away from, and the more he matured and distanced himself from me, the more I wanted him close.

Since I’d grown up with a brother, I knew how college guys operated. Relationships were off the table, and fine by me; I only wanted two adventurous months with Colton. I knew he wouldn’t be my last, but I was hell-bent on making him my first. What was the harm in that? I could do casual … or so I thought.


Summer Trouble is a Ruby Romp Novella, meaning it contains insta-lust, along with an abundance of dirty talk and graphic sex. It can typically be enjoyed in one reading, so get ready for a fast-paced “get your panties wet” ride.

Ruby Rowe began writing in January of 2013 under the pen name Scarlet Wolfe, releasing contemporary and young adult. She soon tried her hand at writing erotica romance and fell in love with the genre.

The pen name Ruby Rowe came about in 2017 when she decided it best to keep her racier books separate from her young adult romances. She’d like to branch out and release straight erotica, however, she’s a romantic at heart, and believes it will be difficult not to include romance in every story.

When not writing, Ruby reads naughty books about possessive, hot alpha males. She has an addiction to Pinterest, pinning all the sensual photos she can find. She loves bacon, coffee, and other flavors of ice cream besides vanilla. ;) She hopes her writing will allow her readers a reprieve from the real world, giving them an opportunity to live out their
fantasies.

a Rafflecopter giveaway
Posted by Rebecca at 7:00 AM No comments: