When You Were Mine by Jordan Marie 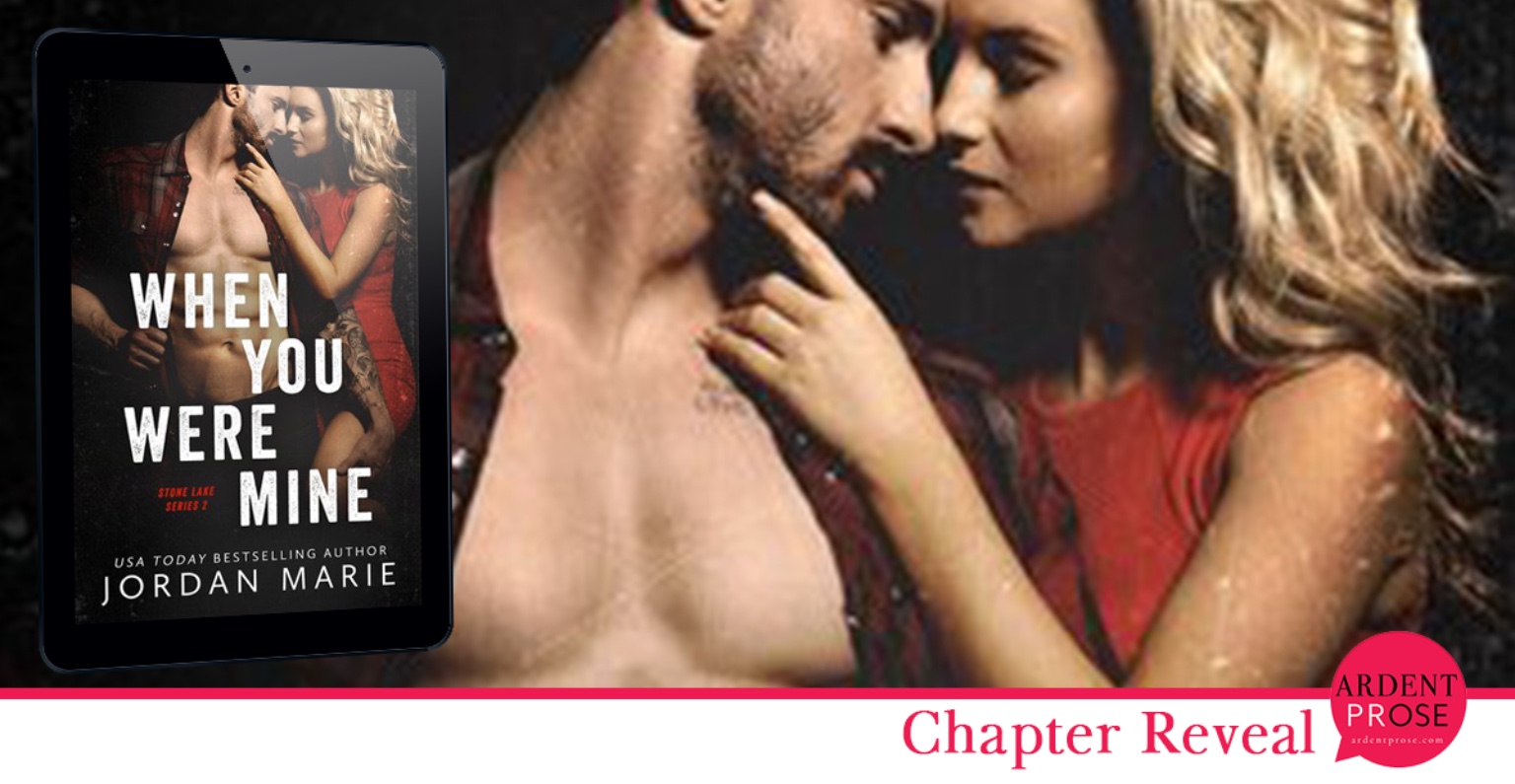 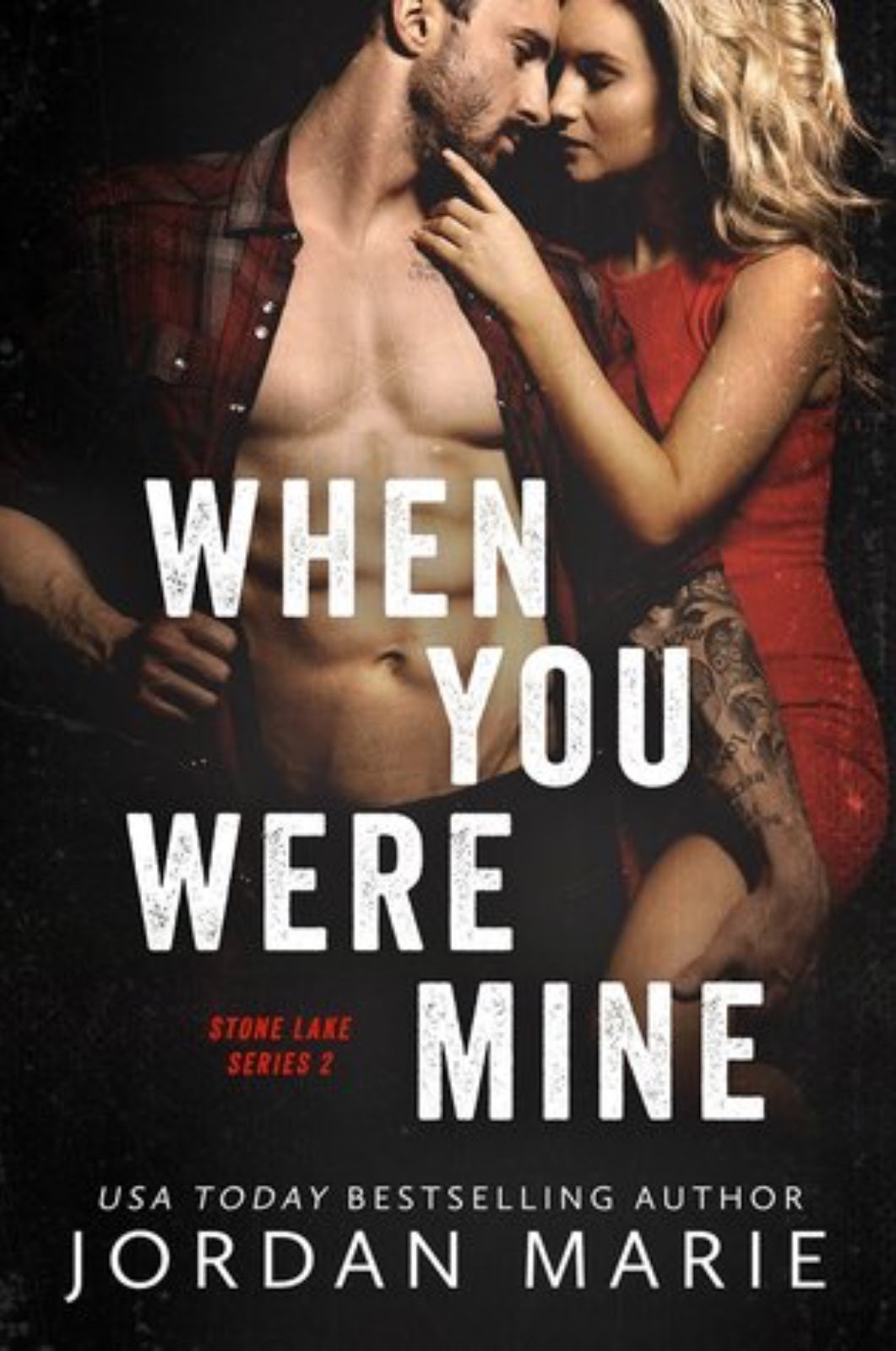 I loved a boy.


He was sweet, gentle, kind and he made me feel alive.


Letting him go was the hardest thing I ever had to do in my life.


A hundred times I wished I had done things differently.


A thousand times I wished I had gone with him.


A million times I wished he had chosen me.


It almost destroyed me once and I won’t let that happen again.


That should be the end of it.


And maybe it would have been…


If someone wasn’t trying to kill me…


I can see her standing there. I’m maybe ten yards in front of her, but it might as well be a million miles.

The woman that has haunted me for years. The woman I left behind to start over. I’m sure she hated me back then. Hell, even now, thirteen years later, she probably still hates me. I can’t blame her. I hate myself for leaving her.

I don’t want to, but I take a step toward her.

It actually becomes automatic, my body moving without me telling it to. Of course, whenever I got near Luna, gravity seemed to pull me to her. That apparently hasn’t changed through the years.

She’s maybe ten feet in front of me now, and I can see her so clearly that it’s a little painful.

Luna hasn’t changed much over the years. Her body has filled out more, matured, rounded from girl to woman. Her golden blonde hair is shorter, falling just to her shoulders. Some things always remain the same though. Even over the crowd, I can hear her voice. It’s as soft and sweet as I’ve always remembered.

“Gavin Lodge! Is that you?”

I see the exact moment that Luna hears my name. She looks up and it’s all written there on her face.

To make either one of us forget.

“That’s me, Wally. How in the hell are you?” I ask, pulling my gaze from Luna to look at the man I once considered my best friend.

“Doing good,” he says, stepping back and his arm loosely goes around Luna. Her body language reads stiff, but after a moment she relaxes. “Just had my second child,” he says.

That feels like a fucking sucker punch. Wally and Luna? I never saw that coming. I would have never guessed it and it feels bitter in my gut.

I’ve been alternately dreading this moment and looking forward to it. I’ve definitely been dreaming about it, but those dreams have turned into nightmares on more than one occasion.

“Gavin. We heard you were coming back into town.”

“Been one for a lot of years,” I tell him. “I hate like hell that I have to be in Stone Lake for work, though.”

“I heard that. I hope you manage to get them, before they strike again.”

I say nothing. There’s not much to say to that. Everyone knows why I’m here. This serial killer has garnered national attention for months. He’s created havoc in three states and we still haven’t caught him. I never dreamed he’d end up in Stone Lake, but then I’ve never had the best of luck.

Her body jolts. I see it before she takes a second to lock it down.

“I’ll see you around, Wally,” she says not bothering to reply to me. “Tell Meghan to call me.”

“Will do, honey. See you tomorrow.”

“Tomorrow,” she says. Then, she surprises me by turning around to look at me. “Goodbye, Gavin.”

She walks away like that, with her head held high and I let her go, because I fucking lost the right to ask her to stay thirteen years ago… when I was the one to walk away.

“You two aren’t married?” I ask Wally, because that’s the one thing my brain latches onto during their exchange.

“What? Oh hell. Not at all. Luna would get a kick out of you saying that though. Her and my Meghan are close though.”

“My wife, you probably don’t remember her. She went to school with us, but didn’t hang around with the same crowd. Her and Luna have grown close, especially since our kids are in school together.”

The hits just keep coming. This one harder, more intense, and the burn nearly cripples me.

Luna has a child.

I knew it would be a possibility, but I didn’t want it. Years of experience keeps my voice steady and my face void of any reaction.

“Luna has a kid now. Hard to believe,” I rub my face, wishing I didn’t know. That will be another small piece of knowledge that will haunt me long after I leave Stone Lake in the dust.

“Yeah, Josh is a good kid, too. Luna and Attie did good.”

“Attie?” I ask, the name squeezing something inside of me that I thought was frozen a long time ago.

My brother. Atticus. Luna and my brother. I thought the other blows were bad, but this one is harder than all of those combined and they don’t hit me…

They rip through me.

“I didn’t know,” I tell Wally and I don’t think I keep emotion out of my voice this time. I can’t.

“Her and Atticus were living together when he died. I can’t believe you didn’t know,” Wally says, not realizing he just lodged the punch that has enough power to bring me to my knees.

“You remember my brother and I didn’t get along. I didn’t bother to stay in touch with him once I left,” I tell him, leaving it at that.

“That’s tough, man. I guess I just assumed that changed with age. Though, I knew you didn’t come to Atticus’s funeral, but we all heard how you were in the hospital. They said you almost died.”

“Over exaggeration,” I answer, completely lying. I touch the scar on my side—the one that almost killed me. The one that I was glad was there, if only because it gave me an excuse to stay away from Stone Lake back then. It’s also the one delivered by the very serial killer I’m here to catch. Life, it seems, is big on irony.

“I better get, Wally. I need to report to the local police department in the morning and introduce myself. Then, I need to start hunting this asshole and see where the clues take me.”

“Yeah. Uh… Gavin, there’s something you might should know, man.”

“Luna Marshall is the Mayor of Stone Lake,” he says.

I should have known. I read briefly through the file and there were press clippings released by the local mayor. For some reason, Mayor Marshall and Luna Marshall didn’t click together.

This is not good news. I don’t deal well with bureaucracy and I knew just reading through the file I’d be expected to work with the Mayor closely.

My plan had been to avoid Luna while I was here.

So much for planning….

A QUIRKY WRITER GOING WHERE THE VOICES TAKE HER.
USA Today Best Selling Author Jordan Marie, is just a simple small town country girl who is haunted by Alpha Men who talk in her head 24 hours a day.

She currently has 14 books out including 2 that she wrote under the pen name Baylee Rose.

She likes to create a book that takes you on an emotional journey whether tears, laughter (or both) or just steamy hot fun (or all 3). She loves to connect with readers and interacting with them through social media, signings or even old fashioned email.