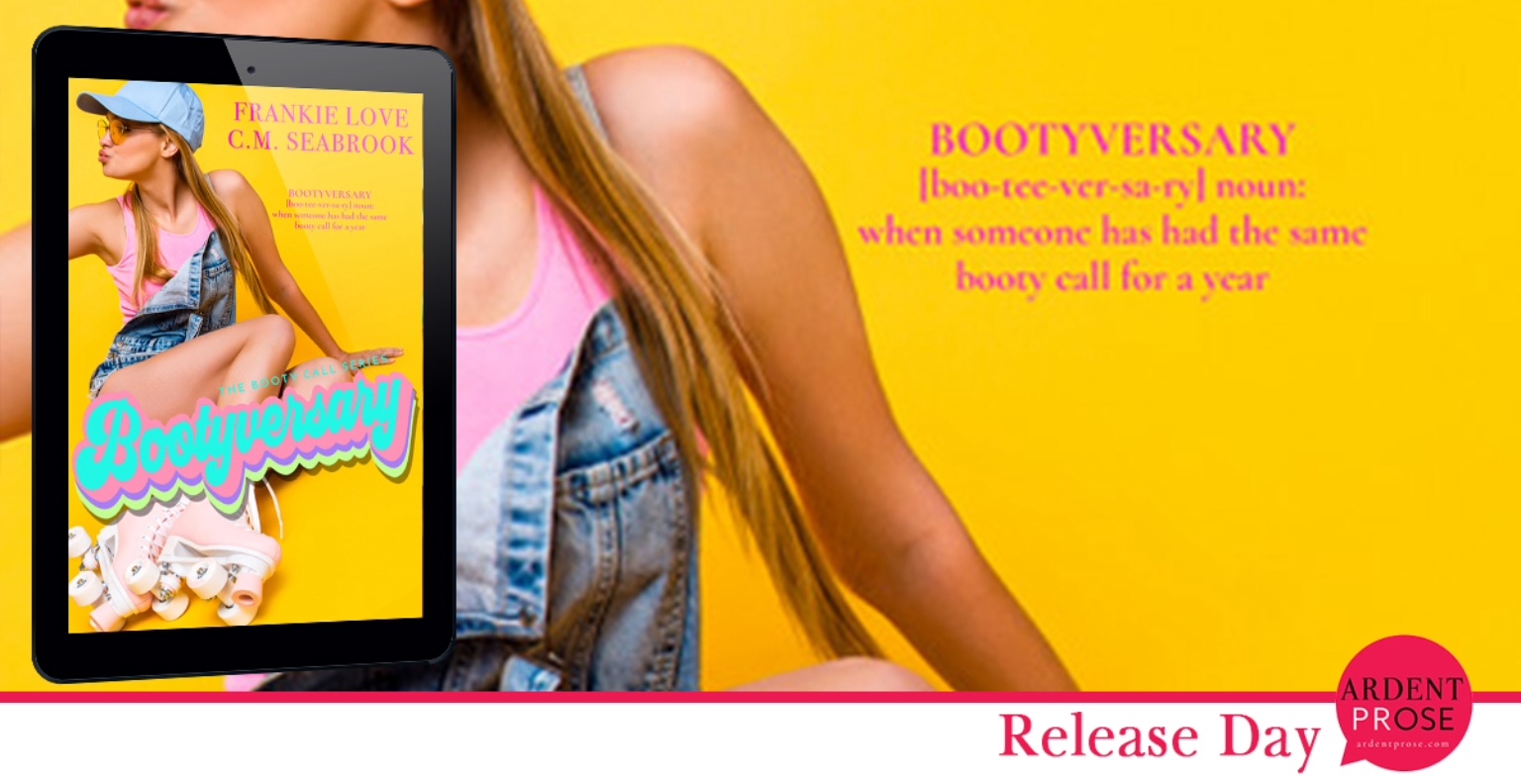 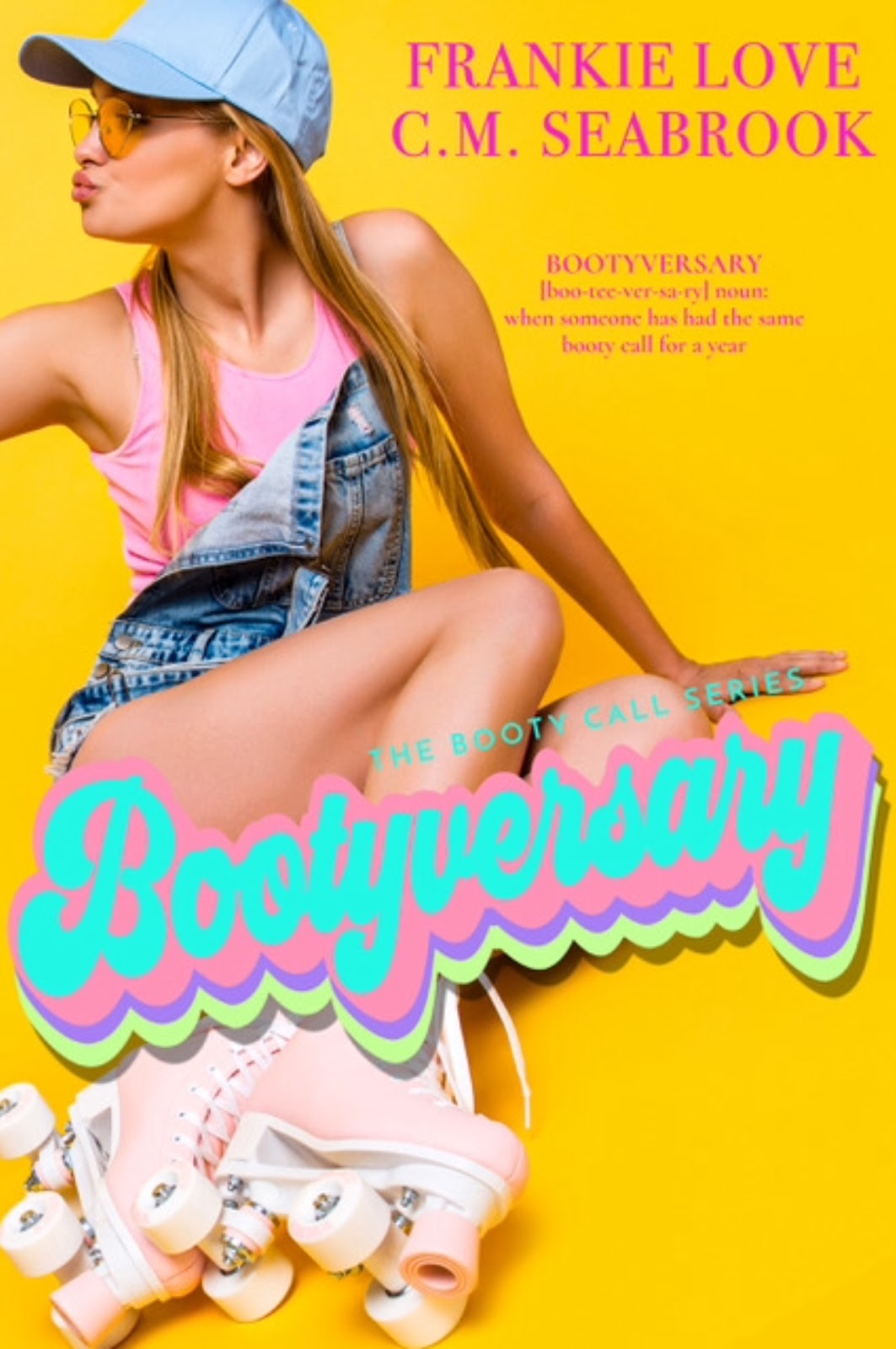 Bootyversary [boo-tee-ver--sa-ry] noun: when someone has had the same booty call for a year.

The compromise: A booty call when I'm on leave.

The reason tonight changes everything: It's our one-year BOOTYVERSARY.


It's supposed to be magic - me telling her she's the one.

But Peyton has other ideas.

And she sure as hell isn't prepared to wear a ring.

I'm not giving up on her.

Not now, not ever ... not even when she totally drops a bomb I never expected!

Lance Easton is a NAVY SEAL who knows what it means to be in command.

This summer he's taking control of the situation and we don't mind one bit!

This is one anniversary you don't want to miss!

Three months of unopened mail is scattered on the floor when I walk through the front door of my house. I kick it aside, placing my duffle bag down and flicking on the lights.

“It’s good to be home,” I mutter, unbuttoning my uniform as I head to my bedroom to do the one thing I’ve been dreaming about doing for the last ninety-two days.

Me: Hey beautiful. I just got in. You busy?

This last mission was brutal. Three months with no contact with the outside world, not being able to see my girl’s smile, hear her voice...like I said, brutal.

Being a Navy Seal has its perks. But the one downfall is having no chance at anything close to a normal relationship.

And until a year ago, that hadn’t mattered to me. I’d been more than happy with random hook-ups...until I met her.

She was teaching a cooking class downtown in one of those underground culinary studios that are usually exclusive invite-only. My sister had given me her spot, insisting I learn how to make something other than hard-boiled eggs and protein shakes.

One look at the sexy little chef and I knew I had to have her. One night in my bed, and I knew there was no way I was letting her go. But as soon as she found out that I was military, she’d bolted.

Took me a week to track her down, and by then I was already preparing for my next mission.

“Look, Lance,” she’d said, not making eye contact. “It was fun, but I’m not looking for a boyfriend, especially one who’s gone three quarters of the year.”

“I get it,” I told her, brushing my knuckles across her cheek and feeling her tremble beneath my touch. When I cupped her jaw and forced her to look at me, there was no denying the connection between us.

My sergeant, who’d been married for almost thirty years liked to tell us that when you know, you know. It’s like a volt of electricity straight to the heart. I hadn’t believed him until that moment.

“I ship out tomorrow morning.” I pulled her close, wrapping one arm around her waist, and despite the denial of her words, her body melted against mine. “Let me call you when I get back.”

Her palms rested on my chest, and I could feel the hesitancy before she answered. “You want a booty call?”

I’d chuckled, and lowered my face to hers, my lips so close to her own that I could almost taste her kiss. “I’ll take whatever you’re willing to give me.”

She held my gaze, those gorgeous hazel eyes searching mine. She wanted me, or at least the pleasure that she knew I could give her. Our night together had been the best fucking night of my life. And I needed more.

“Okay,” she finally said. “But it’s just sex. Nothing else.”

I’d kissed her then, taking it as a win. And when I’d come back home a month later, she was the first person I called. Our week together was just as electric as the first time we’d been together. More so. Because the anticipation of seeing her again was like a drug.

But there’s also this fear inside me every time I’m called away that when I come back, she’ll have found somebody else.

I swallow over the lump in my throat, waiting for Peyton’s response. Finally a message pops up on the screen.

Peyton: I’m just closing up at the Rink. I’ll stop by in an hour.

I let out the breath I didn’t know I’d been holding in and text her back.

Me: I can’t wait to see you. You know what today is? Our Bootyversary.

Me: Our Bootyversary. The first time we hooked up was a year ago today.

Peyton: I don’t think that’s a thing, but if it involves presents, I’m in.

Me: Sweetheart, I’ve got a huge present for you.

My heart starts to pound as the thought goes through my head. But it’s the truth. I love everything about the woman...except the fact that she still refuses to be mine.

I clean up the house and order delivery before stepping in the shower. My cock is already hard, my balls aching with the thought of seeing her. I jerk myself off to the memory of her sweet pussy, knowing I won’t last two seconds with her tonight if I don’t.

I’m just pulling on a pair of sweats when there’s a knock on the door. Thinking it’s the delivery guy, I grab my wallet and answer.

Peyton stands there, her eyes widening, pupils expanding when her gaze lands on my bare chest. It’s less than a second, the moment when we take each other in, a carnal hunger so intense it denies all other thoughts. And then she’s in my arms, and her mouth is on mine, her legs wrap around my waist, and I’m slamming the door behind us - one purpose only - burying myself inside her.

There’s nothing gentle, nothing soft about the way our hands roam each other’s bodies. It’s ravenous. Feral. Needy.

She’s wearing a sundress, and it bunches around her waist, giving me easy access to her pussy. I push her thong aside and bury two fingers in her warmth. Peyton moans, her mouth parting as my tongue mimics the same movement as my fingers.

“Lance,” she whimpers, her pussy dripping for me, her hands pushing my sweats down over my hips until my thick cock is free. “I need you inside me.”

I groan, thanking God that I came earlier, because her words are enough to undo me. I grip my thick shaft and ease the head inside her snug little pussy, her liquid heat wrapping around me like a vise.

“You feel so fucking good,” I tell her, gripping her ass with one hand, my other palm against the wall, steadying me.

I begin to thrust, the movement urgent, desperate, needy, the fire between us building until I wonder if it will scorch us both.

Peyton cries out and I feel her walls pulse around my cock as her pleasure rakes through her. I come inside her, hot spurts of my release filling her, my legs barely holding us up as I’m taken to the height of pure ecstasy.

My god, the woman undoes me.

She’s limp in my arms, our bodies coated in sweat, and I carry her to the shower, and turn it on, before helping her out of her dress, bra, and panties.

We don’t speak, our eyes do the talking. Her gaze never leaves mine as I help her into the shower and begin to wash her.

I kiss her, this time gently.

I see the fear in her eyes when she looks at me, and I know she’s terrified of what this is becoming. Hell, I wish I could erase those fears. Make her believe that I can be the man she needs.

Her brows lift, and she teases, “Expecting another booty call?”

I grunt, and kiss the tip of her nose, wishing I could tell her that she’s the only woman in my life. The only woman I’ll ever want. But I know I’ll just scare her away.

A smile spreads across her face. “Great. I’m starving.”

I get out of the shower and pull my sweats back on.

“Lance,” she says before I leave the bathroom.

Frankie Love writes filthy-sweet stories about bad boys and mountain men. As a thirty-something mom who is ridiculously in love with her own bearded hottie, she believes in
love-at-first-sight and happily-ever-afters. She also believes in the power of a quickie.

You can find her at FRANKIELOVE.NET or on FB.
Frankie also writes under the pen names CHARLIE HART.