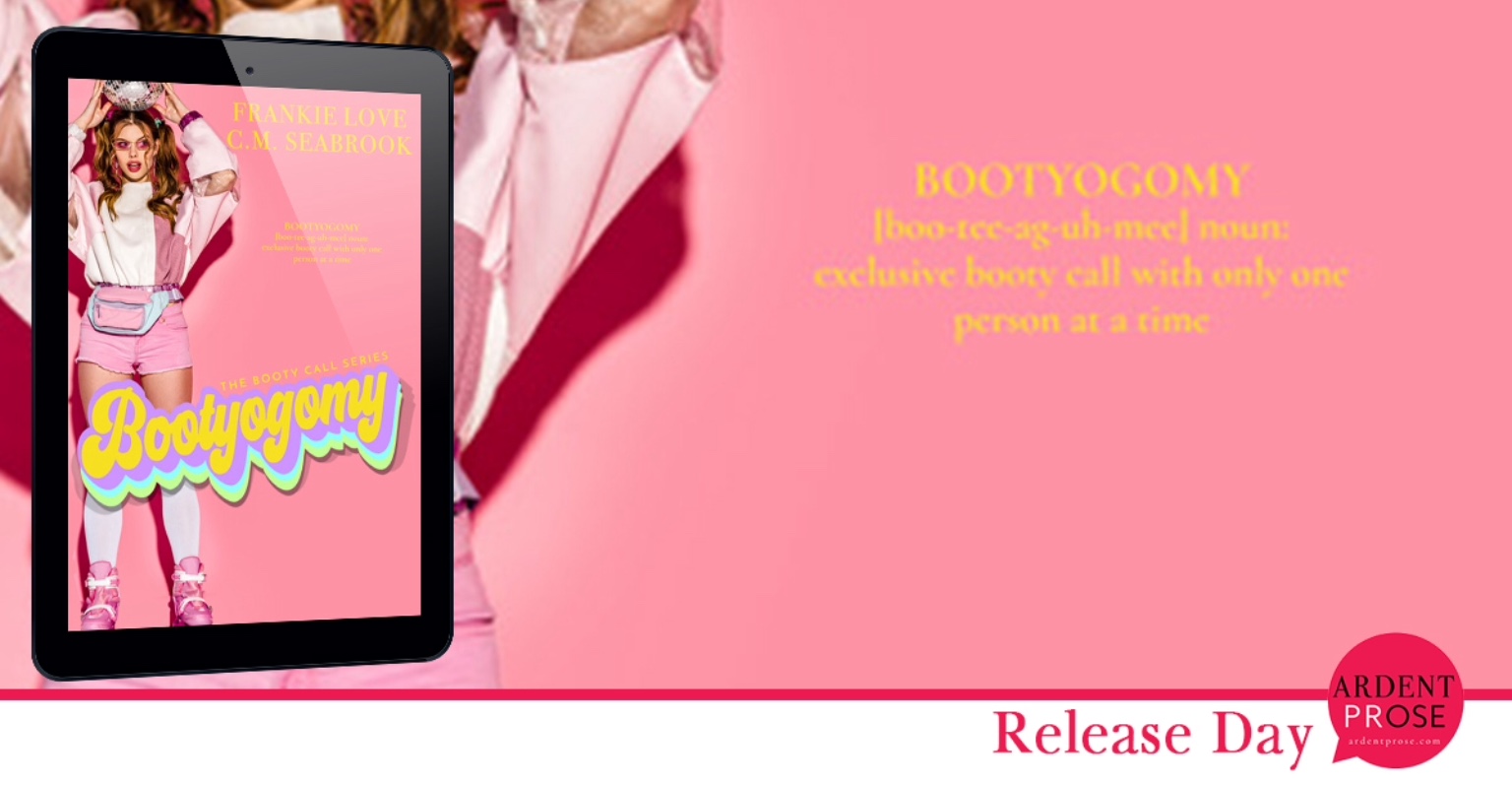 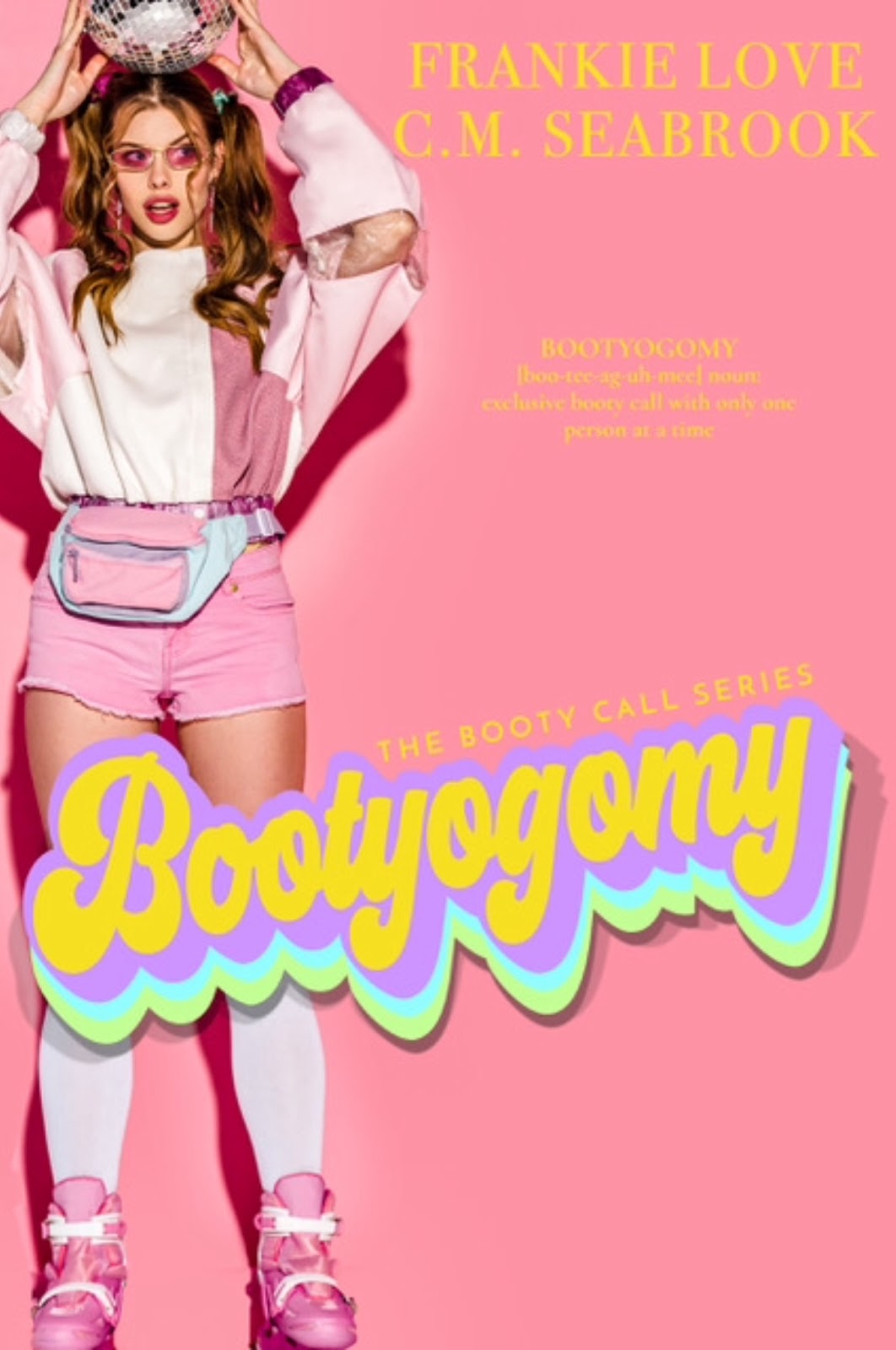 Bootyogomy [boo-tee-ag-uh-mee] noun: exclusive booty call with only one person at a time

The girl: Kendall a.k.a my lifelong crush


This summer Kendall and I throw out the cliched no-strings-attached deal and made our own pact.

She thinks I'm in it for the hook-up, but she has no idea.

This girl is my world and it's time to make her mine.

Max Major is a cop who looks mighty fine in a uniform!

And if he's bringing the handcuffs, we'll commit the crime.

One of you readers will bail us out, wontcha?

Music thumps and multi-colored lights flash, turning Hot Wheels Roller Rink into something that looks like a 1980s movie. The place just opened last month, and it’s the first time I’ve seen what Kendall and her friends did to the place.

And tonight, it’s jam-packed. A private party to celebrate the official opening.

A hand slaps down on my shoulder, and a beer is placed in my hand. Grady grins at me. “Thanks for coming. I know this isn’t really your scene. But I know Kendall will be glad you came.” He shakes his head and looks around. “I thought my sister was crazy when she told me about re-opening this place, but man, it’s actually pretty cool.”

I didn’t have any doubt it would be. Because whatever Kendall puts her mind to, she always achieves it - even if it means breaking a hundred and one rules in the process.

Me, on the other hand, I live my life by the rules. Even before I joined the police force, my life was about order, about black and white.

Kendall, she lives her life multi-colored.

I catch a glimpse of her now, up on the DJ platform, blonde ponytail bobbing as she listens to something on one headphone, then says into the mic, “Who’s ready to party?”

The crowd cheers and plastic glasses are raised as Cyndi Lauper’s “Girls Just Want to Have Fun” begins playing over the speakers. I can’t help the smile as Kendall steps off the platform and skates toward us.

She’s wearing striped knee-high socks and a pair of tight, yellow shorts that show off her long legs. And when she sees me, those blue eyes light up, and she smiles, causing a deep dimple to form in her right cheek.

God, the woman is hot.

And she’s like a sister to you, the still functioning part of my brain reminds me. Not to mention that Grady would have my balls if he ever knew the thoughts I’ve had of her.

I’ve known the girl since she was eight, when she used to chase after me and Grady on her pink banana seat bike. Even back then, she loved everything retro. Everything that went against the norm.

As hard and cold as I am, Kendall is fire and air. A mixture that has always confused me. Just seeing her, makes me feel like the floor beneath me is giving out. Like I’m gasping for air, and the only way to right myself, the only way to breathe, is to draw her to me and consume her.

But I know if I ever let myself get too close, it would be her who’d consume me.

“Yeah,” I say gruffly, wishing that primal part of my brain didn’t go all caveman whenever I was near her. She looks slightly hurt by my abrupt answer, so I add, “It’s great.”

Grady pulls her into a hug. “Proud of you, sis.”

It’s the way I should be with her. Easy. Carefree. Like she doesn’t have my insides wrapped up in a tightly wound ball, that is just seconds away from unraveling.

“Grady,” someone calls out, waving him over.

“I’ll be back,” he says, leaving me alone with his sister, Kendall.

She scoops two shots off a tray that passes by, offering me one.

She rolls her eyes. “You live two blocks away, Max. Have a few drinks with me tonight.” Then she gives me one of her mischievous grins. “I promise to walk you home if you’re worried about the neighborhood.”

I grunt, a rare smile tugging at my lips, before shooting back the tequila.

“You know you love me,” she teases, taking my empty glass and exchanging it for another.

She has no idea how close to the truth she is. But I don’t believe in that shit. Not in love, or fairy tale endings. People are consistent in one way only - they will guarantee to hurt you if you let them.

So I don’t let them.

Sure, it makes me a bit of an asshole, but it’s served me well the past twenty-five years.

Kendall is watching me, those blue eyes so damn expressive, and I know she’s trying to figure out what I’m thinking. Energy crackles between us. Her fire. My ice.

“The song’s almost over,” she says. “I have to go back to my post.” She touches my arm, and even though I know it’s innocent, my cock and balls instantly harden. “It’s good to see you, Max.”

I don’t have time to respond before she’s skating off toward the DJ booth, giving me a perfect view of her ass. Right when my gaze is focused on her sexy backside, she glances over her shoulder and catches me.

I swallow hard. Shit. But the grin that tugs at one corner of her mouth makes me wonder if she doesn’t feel the pull between us too.

“Sorry, I’ve got to bail on you,” Grady says, walking toward me. He doesn’t seem to have noticed the exchange between Kendall and me, thank god.

“I have an early flight tomorrow.” He nods toward Kendall. “Do you mind staying a bit longer. One of us should be here.”

I rub the back of my neck, knowing if I had any sense, I’d leave. But that protective part of my brain that’s always been in overdrive with the girl is quick to say yes. “Sure.”

After he leaves, I find a booth in the back corner and sip on my beer. When the party starts to slow down, Kendall comes to the booth and sits beside me, unlacing her skates.

“You’re still here.” She tilts her head, blue eyes filled with something I shouldn’t see there - lust.

I inhale a deep breath. “Grady asked me to stay.”

She frowns, placing her skates to the side. “Right.”

“And I wanted to make sure you’re safe.”

“You still worry about me?” She nudges me with her elbow, smirking.

“Always,” I tell her, the intensity of my answer, causing her to suck in a breath.

I hold her gaze for longer than I should. Even if things weren’t complicated by the fact that her brother is my best friend, I’ll never be the man she deserves. I closed my heart off years ago. I don’t do relationships. I’ll never be the guy who settles down and has a brood of kids, and even though I know Kendall would deny it now, one day that’s what she’ll want.

But it doesn’t stop me from craving her touch. Craving to be inside of her. To taste her. Devour her.

I can’t help the groan that builds in my throat, and I have to look away. “I should go.”

Her hand covers mine. “Stay. Please.”

Despite my better judgment, I nod.

Kendall flags down one of the girls with a tray of drinks and places another two shots in front of me.

“I’m not drinking that.” I shake my head at the shot glasses filled with green and red liquor.

“A hangover in a glass.” I pick one up and sniff it, then make a face and put it back on the table.

That dimple flashes again, and the look she gives me is pure mischief. “I know a lot about you, Max Majors.”

She shrugs and shifts closer. “Like...you watch me when you think I’m not looking.”

Even though my brain warns me that we’re heading down dangerous territory, I swallow, then say, “And?”

“And...” She’s closer now, so close I can smell the scent of her shampoo, see the way her pupils get bigger as her eyes travel down my chest, landing on my groin, before meeting my gaze again. She licks her lips. “I know you don’t have a girlfriend. That you haven’t dated anyone in a long time.”

“I’ve been busy with work.”

“Still.” She shrugs. “A guy needs to get laid now and then.”

“Then what’s stopping you?” I know the real question she’s asking...what’s stopping me from taking her, from doing all the things I’ve been fantasizing about doing to her since she was sixteen years old?

“You know what,” I say low, my voice rough with need, and frustration.

“You mean my brother?” She tilts her head, studying me. “Or are you worried about breaking my heart?”

She laughs, but there’s no humor in it. “Pretty sure Grady has never looked at me the way you are now.” Her hand rests on my thigh and her touch is sweet torture.

“What do you want, Kendall?” I ask, knowing I’d give her anything she asked for right now.

She leans back slightly, and for a second, I see something that looks like fear flash in her eyes. But it’s gone quickly, replaced by desire and resolution. “Sex.”

I raise a brow at her, trying to keep what little self-control I have left in check. “Sex?”

“For a million reasons.” I rub the back of my neck.

Rejection fills her eyes, and she starts to pull back.

I grab her hand before she has a chance to slide off the bench.

“It’s not that I don’t want to. Shit...” I glance down at where our flesh is connected. Energy snaps and sizzles between us. “I want to be inside you so fucking bad, my balls ache from it. But...”

Except there’s always strings attached. And those strings will become a tangled mess if I give in to my desire for her. But even as I think it, I know there’s no way this night is going to end without Kendall in my bed, me buried balls deep inside her.

“If we do this, it won’t just be one time,” I say, knowing having her once will never be enough.

Her eyes widen, and she licks her lips. “Okay.”

“And I have rules.” I run my fingers across her jaw, cupping it, then drag my thumb across her bottom lip and feel her tremble. Christ, I could take her here, now. I let out a shaky breath. I need to regain some control, but she has me spinning.

“What rules?” she asks, her voice catching on the last word.

I sigh. “I’m not boyfriend material, Kendall. If that’s what you’re looking for then—”

“Then we agree, if either of us start to have...feelings...we break it off.”

“And no sleeping with other people.”

Her lips twitch up. “Bootyogomy.”

She chuckles. “You know...exclusive booty call with only one person.”

I chuckle. “God, you’re something else.”


Frankie Love writes filthy-sweet stories about bad boys and mountain men. As a thirty-something mom who is ridiculously in love with her own bearded hottie, she believes in
love-at-first-sight and happily-ever-afters. She also believes in the power of a quickie.

You can find her at FRANKIELOVE.NET or on FB.
Frankie also writes under the pen names CHARLIE HART.